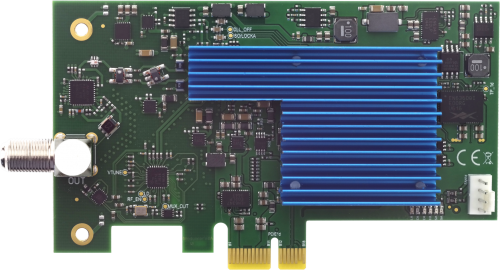 The input could be DVB-S/S2 programs or even complete transponders. Other outputs of the modulator could be the video stream from a file of Hotel TV or a surveillance camera channel.

In case of using a Common Interface, it would also be possible to feed encrypted content into the modulator. Up to 4 channels could be decrypted simultaneously by using the Digital Devices Common Interface with MTD technology.

The regulations and limitations of the content owners like pay TV channels or public TV stations have to be respected.