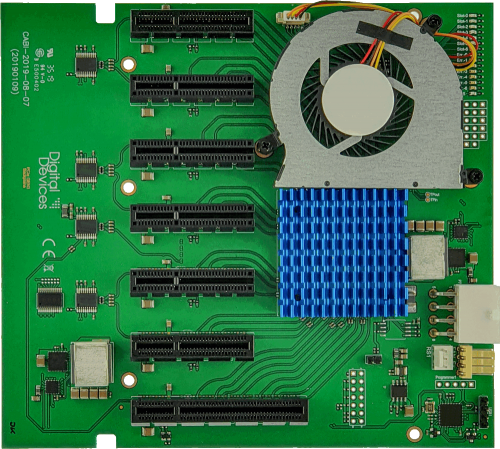 Our backplanes extend the number of PCIe slots on a Host system.

The backplane has a transparent PCIe switch which handles the communication between the PCIe devices and the host transparently.

There is no need for drivers, it works on all systems from Windows to MAC OS to Linux.

Via USB the status can be queried/displayed.


There are 3 possible applications for the “Backplane PCIe Gen3 6 Slots”:


Note: the PCIe specification only provides for PCIe x1 as a mandatory fallback option.

The backplane provides diagnostics and debug information via USB interface.

The API provides the following information: 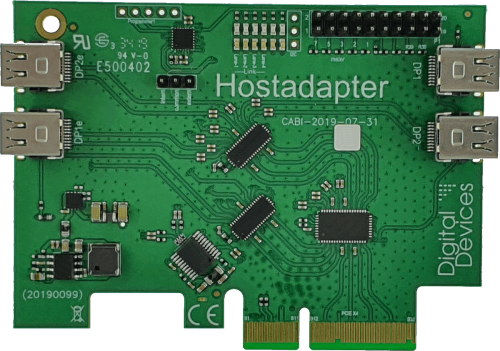